An Idiom a Day Keeps Good Work Instructions at Bay

Many of us know Amelia Bedelia from our childhood (or parenthood) as the goofy maid who is constantly misunderstanding directions. For those who aren’t familiar, Amelia is a hard-working maid who all too often misinterpreted her employer’s commands. Typically, she would interpret common figures of speech or idioms quite literally. 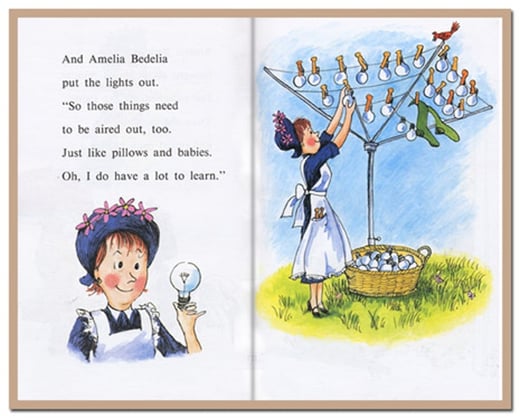 Classic Amelia. Clearly, her employer just wanted her to “turn the lights off” when she was told to “put the lights out."

Clearly, Amelia is at fault here for not being aware of such a common phrase.

Can we really blame Amelia for “misinterpreting” the unclear commands of her employer? While Amelia might do well to learn some of the common-sense phrases of her time, she is not entirely at fault. In her defense, ambiguous language has no place in good work instructions. And if nothing else, poor Amelia deserves our sympathy, for putting up with her employer’s cryptic nonsense all these years.

ambiguous language has no place in good work instructions 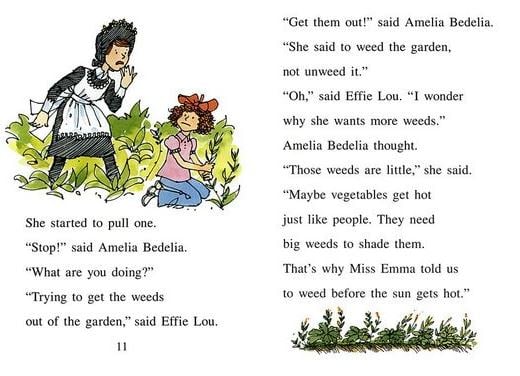 Let’s break this down.

Idioms, or figures of speech, exist because they have an attached cultural meaning to a certain phrase. The exact meaning of the phrase differs from what the literal interpretation of those words are. Plain and simple: idioms actually mean something different than the actual words are typically meant to express.

You may be thinking, “That’s all well and dandy, you know some fancy definitions and seem to know what you’re talking about, but who cares? Figures of speech are common—in fact, confusing idioms is common across languages—and it’s not my job to filter my speech for those who don’t understand.”

While it’s fair that people should be in touch with popular figures of speech in their language, there are a few reasons why you should be careful about their use.

Imagine you were given two versions of the same instruction:

1) Weed the garden to keep the plants healthy.

2) Remove all the weeds from the garden. Make sure to remove the roots of the weeds as well. This will ensure that the vegetable plants will remain healthy.

Between the two options above, there is a clear winner. The latter is far more descriptive and informative, without the confusing assumptions that the former depends on.

“Weed the garden,” like idioms, assumes something about the intended audience. In this case, it assumes that people who hear this phrase already know what the process of “weeding a garden” entails. But if Amelia is our intended audience, then that’s clearly a poor assumption to make.

A common theme in technical writing rules is to avoid making grandiose assumptions about your audience. Of course, you have to tailor your writing to your audience. It wouldn’t be fair to tell you that you need to explain how to use a screwdriver every time you create a new document. On the other hand, if screws are consistently reverse-threaded on a particular part, then the prophetic adage “righty-tighty, lefty loosey” no longer applies. If this is the case, you should probably mention something to your reader.

Here at Dozuki, we take pride in our high quality work instructions, something that poor Amelia didn’t seem to have access to. So let’s cut her some slack, and try not make the same mistakes as her employer.