Check out our practical guide for how-to tackle the industrial skills gap on the factory floor. 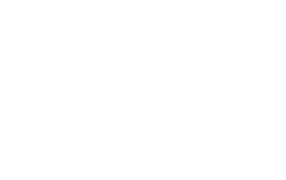 Their first aircraft, the XB-1, is set to be flight tested by 2020. But the startup isn’t just testing and tinkering, they have 30 aircraft already on pre-order. For Boom Supersonic, inefficiency wasn’t an option.

Boom is doing something truly innovative, building the world’s fastest civil aircraft. Based out of Denver, Colorado, their goal is to make the world more accessible via supersonic flight.

Their aircraft, the XB-1 is a ⅓ scale supersonic demonstrator that will lead the way to their first commercial supersonic jet, the Overture airliner. Building on the Concorde’s legacy, the Overture will cut long-distance flights in half, giving an unprecedented level of accessibility to the world.

When Lead Manufacturing Engineer, Ryan Bocook, was evaluating solutions, he wanted something that was quick to launch and intuitive to use. Because they are building and testing for the first time, each work instruction the team creates is unique and only used once —  Ryan’s priority was ease of use and simplicity.

After using complex MES tools at previous companies, Ryan was hesitant to choose something that wasn’t purpose-built for their fast-paced needs. At first, they thought Powerpoint was the easiest method for quickly creating work instructions, but they quickly learned that Powerpoint documents have too much variability, and lacked the level of control and precision that Boom Supersonic needed.

On the other hand, complicated MES tools that Ryan had come across at previous companies didn’t seem like a viable option. In his experience, these tools try to “do it all” without excelling in any particular area. Dozuki is a platform that is purpose-built to create, maintain, and improve standardized procedures.

"We had several scrap cases (using Powerpoint) in the past because we sent the wrong instructions out there and didn't have an approval process in place."

“We could quickly train one of our techs on the floor to create their own work instructions — a true testament to Dozuki's usability. Then we used approval workflows to get a second set of eyes on the doc before it went out.”

Delegating Instructions to the Floor

Ryan and several other engineers were responsible for creating instructions for the floor. Parts and build drawings are generated in SolidWorks and then uploaded to the instructions in Dozuki. Each day, operators pick up their daily work with direct links to Dozuki instructions.

As they ramped up operations, the engineering team couldn’t keep up with demand. To offset the workload, they brought on a technician to assist with document creation. Without any formal training, a team of technicians was able to help create instructions on the floor, and then send them out for approval by the engineering team.

This saved valuable time for Ryan’s team and prevented a bottleneck from slowing down production. Dozuki’s automated approval workflows has allowed them to delegate work and double-check for mistakes — preventing unnecessary rework and downtime. 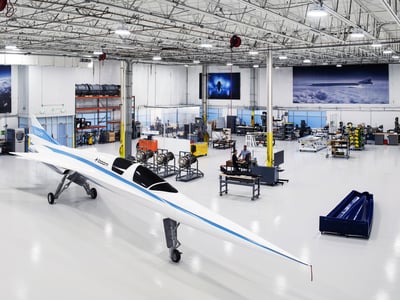 “After comparing Dozuki to other options, it became a clear choice. The system is so intuitive and easy to kick-off. The simple page design let’s people catch on pretty quick ... just like navigating to a website.”

Boom Supersonic is in the global spotlight as they revolutionize international travel by reducing flight times by half. As such, they need to be just as efficient with their internal processes as they are with flight times. With more streamlined documentation processes and a reduction in rework waste, Dozuki has enabled Boom to work more efficiently, maintain proper standards, and quality control.

By using Dozuki to deliver work instructions to the shop floor, Ryan and his team can now feel confident in their ability to communicate work and keep pace for on-time delivery of their first 30 aircraft.

Dozuki builds software that helps companies implement a continuous improvement culture to improve their people, their processes, and their communication.